Yes, after the Thunderbird story, I couldn't resist: 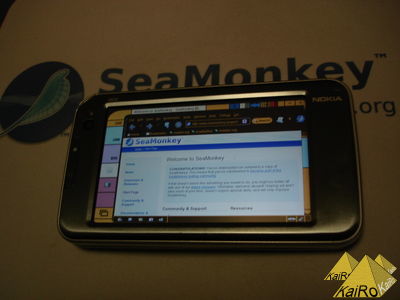 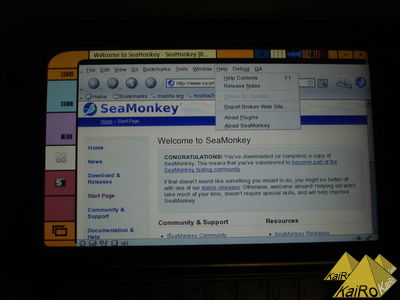 Nice to know that it's doable!

comm-central is OPEN for development!

As reported a few times in the last week, comm-central has been created as the new repository to host Thunderbird and SeaMonkey (and later Sunbird/Lightning) code on Mercurial and build it with the Mozilla 1.9.1 platform, on which SeaMonkey 2 and Thunderbird 3 will be based.

We populated the repository with code this Tuesday and since worked on getting our build and test boxes in shape so they build and test the new development trees.

The Thunderbird boxes are all green now and have nightlies, the SeaMonkey boxes build fine, but the testers are trying to do a lot more tests than the Thunderbird ones and so are running into a small number of problems still, mainly leaks in running mochitests, but also a unit test failure and a reftest failure on Mac, which we are still investigating.

Despite that, we are confident that development can be made somewhat reliably on top of this and so we opened comm-central for development for the first time now!

Please read MDC documentation on comm-central and the related documents linked there before doing active work with this.

But remember, cvs is dead in terms of active Thunderbird or SeaMonkey development!

Justin Dolske just posted he got Thunderbird on maemo now!

I just love a mobile platform for which one can (almost) easily build a lot of apps you want. Even though it lacks a decent mail program and calendaring currently, we might just be able to get that going with our stack of Mozilla software. Isn't that nice? Try that with your iPhone!

Why do I suddenly feel a certain urge to set up this scratchbox thing myself and try to build SeaMonkey for maemo for trying on my N810?

Now here's why OpenStreetMap is cool!

Go to http://www.openstreetmap.org/ - enter "Mozilla, Mountain View" in the "Search" box - press "Go" and see where the red arrow points to!

This even can stand a comparison to Google Maps, where the pure map is telling you much less about this area...

The switch to Mercurial is imminent, so everybody building SeaMonkey or Thunderbird himself should be aware of the new build instructions (will update for the final repository once it has actual code). Mozilla Developer Center docs will also be updated with content about comm-central.
After a few weeks of work to get all details working, everything seems to be in place and ready for actually going live now. The final countdown begins, planned start time for the work is Tuesday, 2pm Central European time (5am Pacific), the tree will be closed on CVS at that time and we hope we'll be able to reopen it on Mercurial a few hours later!

The 2008 FF+ Summit is nearing, and along with it another timeout from work I'm taking. From August 1, when the Summit ends, until August 9, I'll rent a car and do some traveling from Vancouver through a bit of British Columbia and even more of Washington state, going as far as Mount St. Helens and back again to Vancouver, arriving back in Vienna in the evening of August 10.
So, don't expect a lot of work from me during the Summit and the week after, esp. during that traveling week, I won't check email or other work stuff a lot and concentrate more on sightseeing.
If you know any points of interest or other things I shouldn't miss in that area, let me know and I'll see how I can fit it into my schedule.

It's good to see how much is actually going on in the SeaMonkey world, as one can see on the notes of the status meeting - I'm pretty confident we'll get an alpha soon, still this summer, and it probably will even be already based on a Gecko 1.9.1-pre-version and our hg repository. Stay tuned and help us getting even farther down this road!

Reed just created http://hg.mozilla.org/comm-central/ - which is where Thunderbird and SeaMonkey, and later also calendar will live in the future.

The repository is empty for now, and will stay this way at least until shortly after Thunderbird/Shredder 3.0a2, code for which should be frozen on Tuesday. Calendar code will join even later than Thunderbird and SeaMonkey, we'll wait until after Sunbird/Lighting 0.9 for that, which will be the last release that supports 1.8 branch code. In the future, all our project will be focused on comm-central and based on Mozilla 1.9.1, we'll skip 1.9.0 completely from a release Point of view.

Until we switch, tracked by bug 437643, there are still some bugs to fix - we need some slight changes on mozilla-central, which are waiting for review, calendar code needs a few small changes so we can pull it in from CVS and build Lighting with Thunderbird (also waiting for review), and our build code changes need review, I'll reach out for that soon.
Of course, we still can need all the testing we can get on building the test repository, please report any problems to me, I'll try to fix them. I'm also already trying to get build machines up for SeaMonkey so we'll still have nightlies. And I have not yet tried all test suites, I only know we run unit tests as well as before.

All in all, a numbers of things are still to be done, but we are on track for switching to Mercurial soon!

The topic came up on the status meeting, and I already have though hard about this for a while now: Do we really need to release localized version of our first alpha? Now, the good thing with this would be that we could test the new (for SeaMonkey) "source L10n" infrastructure and get more testers if they can test in their own languages. The bad thing is that we made download manager and password manager reworks being blockers of the alpha just because we decided to not adopt the still-in-use old versions to this new L10n infrastructure and so they are broken in localized releases. An additional factory is that we will probably switch to hg and the Mozilla 1.9.1 platform before an alpha, and the platform itself has no L10n story for that version yet (it's being figured out currently but nobody knows when it will be in place).
Given that fact and shipping an alpha at all being more important than having localizations, I'm agreeing with the status meeting outcome of probably going for an en-US-only alpha and not making download and password managers hard blockers any more. This is a bit unfortunate, but at least we get nearer to showing off anything of SeaMonkey 2 to a wider public than nightly testers. We still are left with one blocker, and that is us needing all preference panels to be ported to the new prefwindow, the current double prefwindow stuff is nothing we want in an alpha. So, we are happy about any help we can get there, there's some not-too-hard UI-only work to be done there.
And sorry localizers - we'll still be working on getting full L10n support as soon as possible, even if not for this alpha!